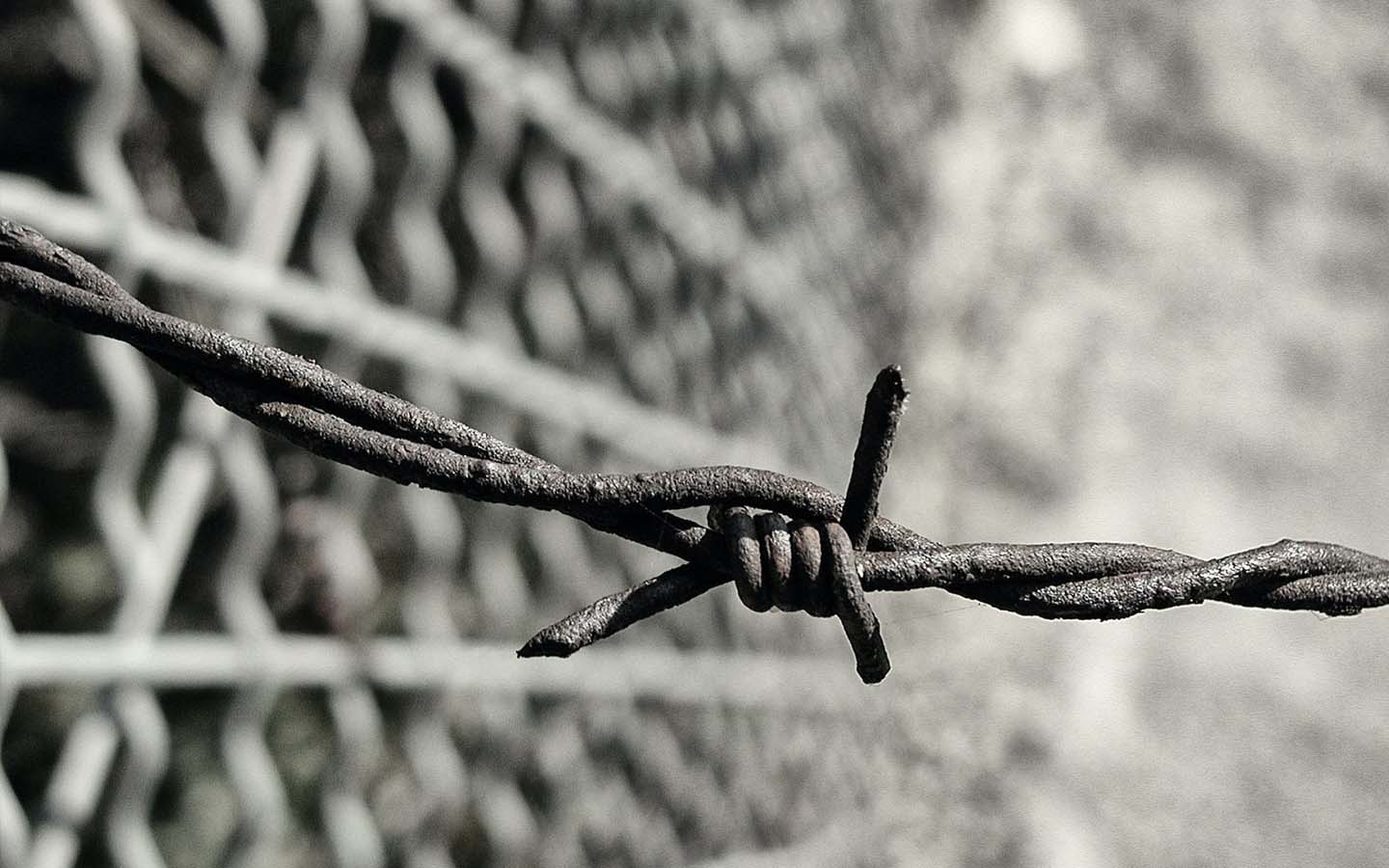 Black Lives Matter. White Privilege. A year ago, no, two months ago, I thought quite different about these topics:

“Yes, of course, black lives matter, because all lives matter. I may be privileged with my skin color, but doesn’t everybody carry their own personal demons and burdens? Isn’t this whole racism issue a US issue, which we should not project onto our own European issues?”

But wow, how purifying have the past weeks been for me, and I believe many others. Yes, the United States has its own uniqueness in this issue, but just because it is so much more pronounced (like with many other issues), than what appears on the surface here in Europe, it just serves to more clearly show the core of the issues we all face.

I may not be – or at least I don’t perceive myself to be – an overt racist, but I come to believe that I, and all those like me, are exactly the ones who keep the patterns intact. Just because we keep the ‘otherness’ intact, by focusing on stating what we are ‘not’. Just because we say ‘All Lives Matter’. Just because we find it difficult (or are simply too lazy) to really sense into what it means to have ‘white privilege’.

My systemic teacher Jan Jacob Stam taught me the principles of accepting the world as it is, beyond judgements and beyond ‘wanting to help’. He wrote the following about dealing with deeply engrained societal patterns (originally written within the context of corruption, but here edited for the context of racism):

“If you want to do something about racism, you need to understand it. If you want to understand it, you need to accept it’s existence. Or, actually you need to embrace it and to love it. If you love it, you can from the inside out start to understand what racism is trying to do in the world. You can start to feel into the movement of racism. This kind of love, is a kind of very connected and at the same time detached love. But love it is! The misunderstanding is that to love racism does not mean you like it. To love racism means you’re not denying it’s existence, nor excluding those people who are practicing racism. But this doesn’t mean you believe it should be a normal part of society.”

Can I still love myself and others, if I acknowledge this? Can I leave my black brothers and sisters to deal with their own matters, and instead of jumping in to help as a means to cover up my own wrongdoings, deal with healing my own racist patterns and the potential ancestral trauma that lies buried underneath it?

For me, the embracing starts with searching for the racist within myself. Its small (and maybe big) personas within my multitude of personas. I then see myself shying away from curiosity when I encounter ‘otherness’. Seeing otherness, and wanting to understand the otherness, but not daring to open up to it, and closing myself in defence of what could come at me when I would open up. I see myself liking to be with ‘people like me’, thereby unconsciously building a virtual fence around ‘people like me’ for those who ‘are not – as much as others – like me’. I can see myself comparing myself (and thereby disliking myself for my lack of strength) with often strong & athletic black brothers, instead of celebrating our differences & diversity. And so I can continue. And I then haven’t even started to mention the very Dutch racial issue of ‘Black Pete’ yet…

My fellow white folks, we’ve got work to do. Yes, it’s upon us to pick up our piece of this puzzle and really dive deep into it. To embrace it. To love it, and to understand what racism tries to do to us, with us and in this world. To feel into the movement.

My sense is, that this movement is about keeping alive the “Story of Separation”, which Charles Eisenstein has so beautifully written about. And that it is now up to us to move into a new story, which we need to write together. It is a story about a More Beautiful World Our Hearts Know Is Possible.

There’s not much use in blaming our ancestors, or blaming ourselves for not yet having done enough or anything at all. Apparently, we and our ancestors were not ready yet. Now I am. Now you are. I hope.

So, what does all this have to do with Frændi you could ask? Well, our developmental approach is built on the premise that development happens by including more and more of that which was not included before. My own reality, which Otto Laske would call ‘actuality’, is just a part of all that is reality. By expanding our awareness of what more is ‘real’, we develop. We develop social-emotionally, as well as cognitively. By learning more about the actuality of my black brothers and sisters, my own actuality expands and my perspective on the world changes. What I need in order to be able to do this, is being open to the fact that my perspective on the world is just one perspective and not reality itself. And that this perspective doesn’t define who I am, so doesn’t need to be defended for that reason. That stance is one of the most important stances – if not THE – to be able to develop. As an individual, and as a collective. It makes us face the world around us with an open mind, ready to learn, ready to constantly be challenged, and loving to be challenged. Because we know that this is how we will develop, and the world around us with it.

The world around us is whole, it is completely fine just as it is, just as it has evolved to become where it is today. We are whole, we are fine, just as we are, as we have evolved to become who we are today. Knowing that, the question remaining is who and how we want to be in this world right now. What is it you want your organisation to be known for? How would you like your leadership to be characterised? How would you like to be remembered as a human being?

Don’t get me wrong here, I’m no enlightened being telling you what it’s like to have solved these questions for himself, having left behind all personal suffering. I might well be struggling with this more than you are. All I wish for is to find more companions on my path, who are willing to say “I don’t know” with me. 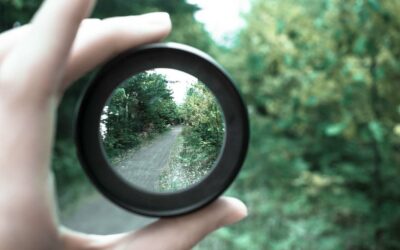 Written by Jackie Thoms How does adult development play into the internal narratives we hold? How can we shift those... 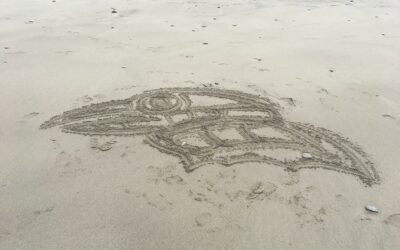 In 2018 I wrote the article below, which has been published in a german magazine called OYA Nr. 47. Authors having... 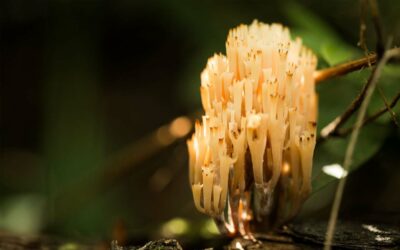 A capacity for desirable futures

I stumbled over the term the first time when I attended a grief ritual held by Naf Tali in berlin in December 2018....

You can find out more about which cookies we are using or switch them off in settings.

This website uses cookies so that we can provide you with the best user experience possible. Cookie information is stored in your browser and performs functions such as recognising you when you return to our website and helping our team to understand which sections of the website you find most interesting and useful.

Strictly Necessary Cookie should be enabled at all times so that we can save your preferences for cookie settings.

If you disable this cookie, we will not be able to save your preferences. This means that every time you visit this website you will need to enable or disable cookies again.